The Lizards that Ohno Predicted 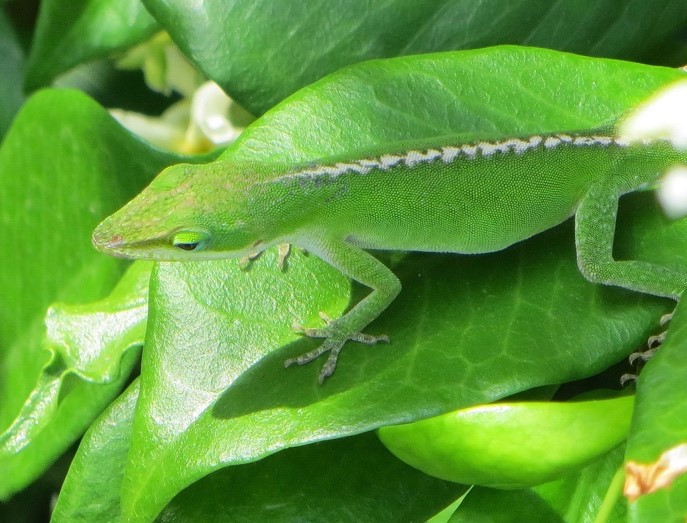 Susumo Ohno had three great loves. The first was the horses. It was a childhood love that accompanied him all his life. And this love would take him -calling- to his next two loves. The second love was his wife Midori Aoyama. Together they cared for and raised horses – and three children.

Studying the horses – still in his adolescence -, Susumo realized that “when a horse is not good, there is not much else to do”. A vision somewhat deterministic but that, according to Ohno, initiated its interest in genetics. This would become his third love.

In the 1950s, Ohno immigrated to the United States -from Japan- with the opportunity to start a new laboratory at the City of Hope Medical Center in California. In a time when experiments were becoming increasingly complicated and required more and more specialized equipment, Ohno spent his days simply looking at photographs of chromosomes.

This is where Ohno noticed a serious problem. That the Y be small means that it has few genes. And if you have few genes, then there are missing genes in man. And if the X is very large, then there are too many genes in the woman. There should be, “Ohno said,” a compensation mechanism that equals-or approximates-the number of genes in both sexes.

“What Ohno proposed -Diego Cortez tells me (www.ccg.unam.mx/diego-cortez-quezada-)-is that, for men, our only X should express their genes to double. Women would also do the same thing, duplicate the activity of only one of their X’s, but they would also deactivate all the genes of the other X chromosome. ” And this must not only happen in humans, but in all animals with sex chromosomes. At least, according to the prediction of Susumo Ohno.

And why not only inactivate the genes of one of the X chromosomes of females? Would not the same dose of genes be recovered? According to Ohno’s calculations, no. Sex chromosomes were derived from a pair of non-sexual chromosomes millions of years ago. It was a “even” pair, that is, it had the same size and therefore the same number of genes. By duplicating the activation of the genes of a single X chromosome, we reach that level of ancestral gene activity.

“What we have realized is that, in the placental mammals, what Ohno proposes,” Diego continues, “is not fulfilled in these mammals, including us, an X was not raised to double, but following a simpler strategy, only one X was inactivated in the females. So, we’re left with half the ancestral dose. “

In marsupials, monotremes, and birds, which also have sex chromosomes, the compensation that Ohno talked about is not completely met either. Rather than completely deactivating or activating any of the sex chromosomes to double, the compensation is made gene by gene. Some are activated, others remain the same, others are deactivated. Had Ohno failed in his prediction?

“The lizards – which is the organism of interest to Diego and his colleagues – also have a X/Y sex chromosomes. The Y is very degenerate, that is, it only has seven genes, while the X has about 350″ Diego explains. “When we began to analyze the expression of genes in the chromosomes of males and females, we discovered that the compensation was perfect.”

Diego, a researcher at the CCG-UNAM, and his colleagues at the University of Lausanne in Switzerland, the Molecular Biology Center of Heidelberg in Germany, and other institutes;  They carried out an evolutionary analysis of the level of ancestral expression of the genes of the sex chromosomes for different species.

“That’s why we say that the lizard is the first vertebrate that absolutely respects Ohno’s prediction” says Diego with a smile.

But how does compensation work on these lizards? What Diego and his colleagues found – and published on November 13, 2017 in the journal Genome Research – while analyzing individual lizard cells, was that in females none of the chromosomes were deactivated, but each maintained its normal activity, that is, the ancestral one. In the case of males, their X chromosome has twice the activity. The above happens because a protein sticks a signal along the entire X chromosome of the males to tell all cells that must turn on the genes of this chromosome to double.

DNA is not found as a simple double helix inside the cells of animals, it coils in other proteins called histones. These histones can be chemically modified as signaling for the cell. Turn on this gene, turn off the other, let this one go. The signal to activate is acetylation, and the X chromosome of male lizards is covered with these marks.

“This mechanism is not new,” Diego admits, “it had already been described earlier in Drosophila (the fruit fly).” Which is a surprising example of convergent evolution: Two very distant organisms find the same solution for the same challenge.

Susumo Ohno died on January 13, 2000. Although he received great recognition for his work in the United States, Europe and also by the Emperor of Japan, surely one of his favorites would be to know that his predictions regarding the sex chromosomes were fulfilled by a lizard.